Summoned to a high-school stage for the first time in September 2009, Apeman enjoyed a short-lived existence until usual fate dispersed its members to far-off corners of the world (namely college in different states and countries). A 4 piece in-the-attic punk band fueled by the primeval energy that comes with youth, with them still in their teens, the Apeman members were as confused by the implications of the modern world on human morality as they were by their own in-formational instrumental approach. Although currently defunct, Apeman still stands as “the best band Brooklyn never had”, bringing together the sound of a generation coming to terms with an identity of its own, against a constant backdrop of senseless consumerism and over-hyped homogeneous sounds that nobody really wants to hear. Published by HR in an edition of 100 copies. 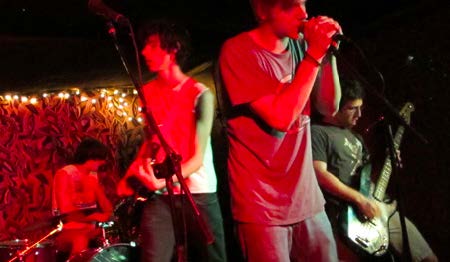