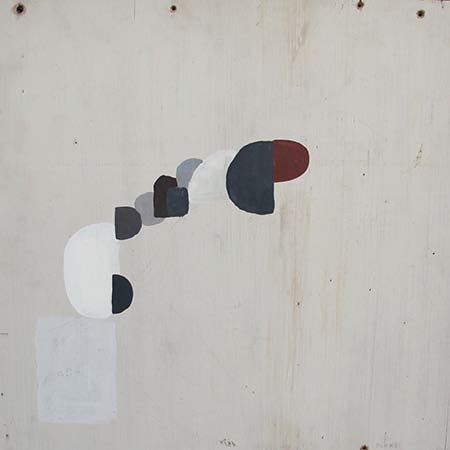 It’s 2007 in Santiago de Chile and two young art students –Ignacio Gatica (AKA Blok) & Martín Kaulen (formerly of WatchOut!)– join forces as Acid Call. The duo combines diverse influences –among which they mention Silver Apples, Suicide, Young Jazz Rebels, Sun Ra, Add N To (X), Wu-Tang Clan and Santana– to create a hypnotic sound through the use of mixers, cheap keyboards and infectious bass-lines. Playing a few gigs around Santiago, they soon generate a lot of interest within a small underground circle of fans. Such were the early days of what now is identified as the new Chilean Psych underground: a brilliant new generation of performers that brought to light several bands well worthy of international attention; forerunners of the movement include the likes of Acid Call, Cindy Sisters, WatchOut!, La Hell Gang, The Psychedelic Schäfferson Jetplane, The Holydrug Couple and Follakzoid. International exposure was finally triggered when Terminal Boredom and WFMU were the first of a long list of people falling in love with Acid Call’s grooves. Several digital format recordings were circulating amongst the band, although by now they were in hibernation, having both moved on other projects, but now finally, a posthumous 7” is here through Hueso Records. Both Clap Ya Feet and Puerta 7 are a valuable testament to the real potential of this duo, representing a unique moment in the history of Chilean underground music. Published by HR in collaboration with BYM Records in an edition of 500 copies.