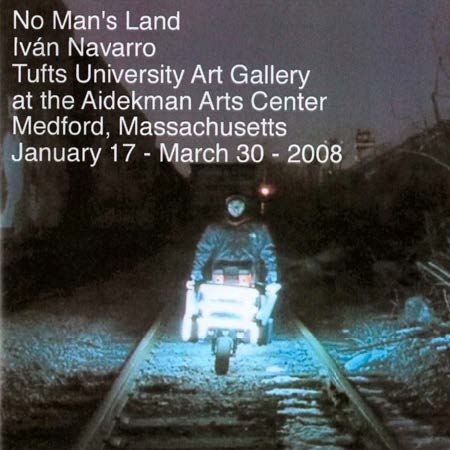 Compiled by Iván Navarro. This record contains three tracks that, at different places and times, have been presented in association with sculpture & installation works by Brooklyn-based Chilean artist Iván Navarro. The first one is No Soy De Aquí, Ni Soy De Allá (written by Facundo Cabral in 1970, interpreted by Nutria NN) is the soundtrack to Navarro’s 2006 project Flashlight: I’m Not From Here, I’m Not From There, whose video shows an immigrant character pushing a wheelbarrow made out of fluorescent light tubes through a barren industrial landscape. The second one is Juan Sin Tierra (written by Jorge Saldana in 1910, interpreted by Nutria NN) is the soundtrack to Navarro’s 2004 piece Homeless Lamp: The Juice Sucker, whose video shows the wanderings of two men pushing a shopping cart made out of fluorescent light tubes through the streets of Chelsea (New York City’s art-gallery district) as they repeatedly –and illegally– tap into the city’s street power-sources to “steal” the energy necessary to light up the rolling sculpture. The third track is Nowhere Man (written by Lennon/McCartney in 1966, interpreted by Courtney Smith & Nutria NN), the soundtrack to the 2006 project Die Again (Monument for Tony Smith), where –inside a 12 feet black plywood cube inside which everything is dark except for a few mirrored light boxes that suggest an endless space– an acoustic version of The Beatles’ song guides the visitors to a complex reflection on the transient experience of expatriates and the dark limbo of the disappeared. Published by HR in an edition of 300 copies. 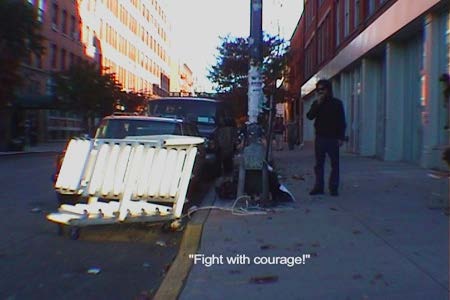