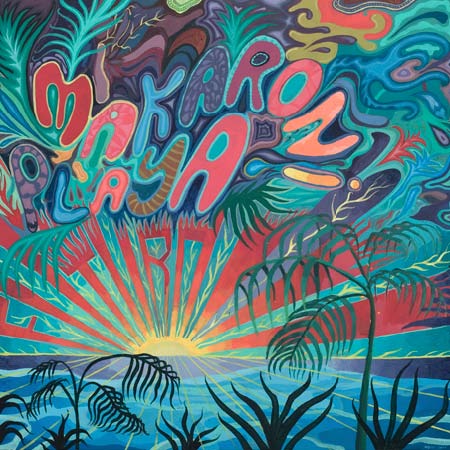 MKRNI (formerly known as Makaroni) is a “psychoelectropical” band formed in Santiago de Chile during 2008. Using a wide array of instruments (including various synthesizers and amps, keyboards, drum machines, multi-vocal effects and miscellaneous percussion), associates Miopec, Roman S and Elisita Punto bring together a fusion of dance rhythms with suggestive lyrics and psychedelic, Latin/Andean sounds. Their newest output, Playa Futuro –named after the namesake beach near Fortaleza, Brazil– brings the band’s 2011 creations, themes inspired by “the power of nature on a tropical beach provocation, exploring a simple, intimate and risky sensuality along the dark breezes foretelling the world’s end” (it was coming in 2012, remember?). In a fresh style that is a mixture of tropical and dance beats with touches of synth/electro/goth, Playa Futuro reflects on “a moment of journey and intuition, where life’s coincidences open up to celebrate a ritual to the sea, the full moon and Yemanha”. Recorded at Paper Music Studios in NYC during MKRNI’s 2011 US tour and mixed in Europe during the ensuing 2011 European tour, completed in Santiago at Madhaus Studios, mastered by Chalo G. at Triana Studios and published by HR in an edition of 300 copies. 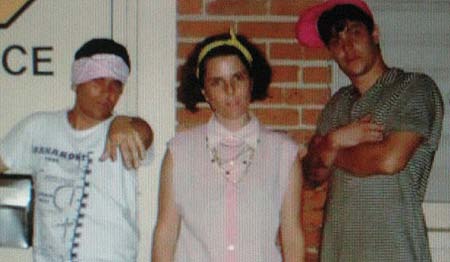