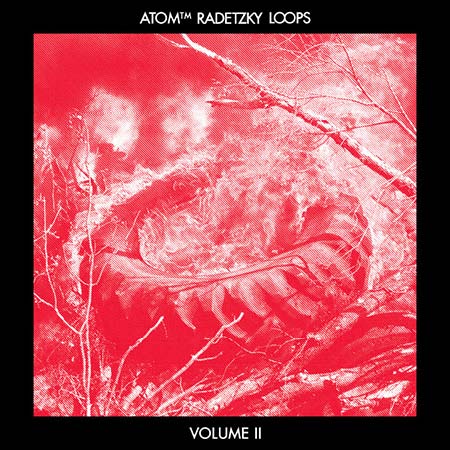 To honor Austrian field marshal Joseph Radetzky von Radetz after his victory in the battle of Custoza, a musical piece was commissioned from composer Johann Strauss. The resulting military march –the Radetzky March from 1848– is to this day still used as the official presentation march of Chile’s main school for military officers. From of a vintage version of the original march by Strauss –and with a collaboration with sculptor Iván Navarro in mind– Atom™ has created a total of 38 locked grooves, a truly experimental work in his signature über-neat style. These tracks were first heard by the public as part of a public-art piece commissioned by Santiago’s 11th New Media Biennial. They were piped through speakers placed inside a 5-ton mining truck tire laid flat in front of the city’s Museo de Bellas Artes. Sold separately, Radetzky Loops Vol. 1 contains loops #1 through #20, while Radetzky Loops Vol. 2 contains loops #21 through #38. Recorded in Brooklyn and The Bowman Suite in Santiago de Chile, and published by Freibank Musikverlag, Hamburg (under exclusive license of the Atom™_Audio_Archive); mastered for vinyl by Leandro González at Stereodisk, Brooklyn, the two volumes are released by HR in a limited edition of 100 copies each.