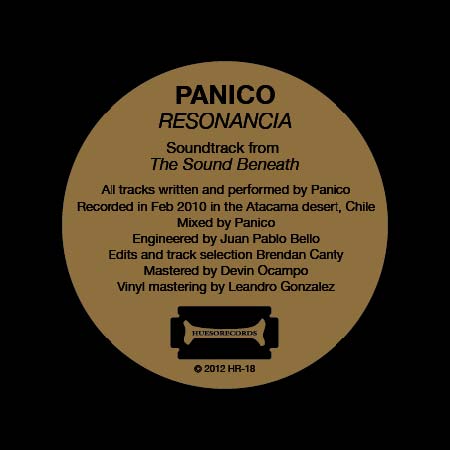 Dirty punk/funk band Pánico originally hails from Chile, but for a long while now they have been based in the city of Paris. A crucially active participant within the Santiago underground rock scene of the mid 90’s, the band played every possible venue in town until –in full D.I.Y. style– they launched their own label, Combo Discos, which immediately called the attention of the bigger dogs, signed to EMI, Pánico went on to record the Pornostar LP and the Surfin’ Maremoto EP, to which, after migrating to France, three other albums and several other EPs & singles followed: Telepatic Sonora (St. George/Sony, 2001), Subliminal Kill (Tigersushi, 2005) & Kick (Chemikal Underground, 2010). Their latest output, Resonancia, brings us the soundtrack to The Sound Beneath –a feature film made with-and-about the band by collaborating filmmakers James June Schneide and Benjamín Echazarreta– recorded in the north of Chile, across the Atacama Desert on several of the film’s locations. With Eddie Pistolas (vocals), Carolina Tres Estrellas (bass), Seba Cavernícola (drums) & Memoria Radial (guitar), this record contains a set of new songs along acoustic experiments made especially for the film, with wild-recordings provoked by the desert’s landscape, wind, sand and stones. Published by HR in a limited edition of 100 copies. 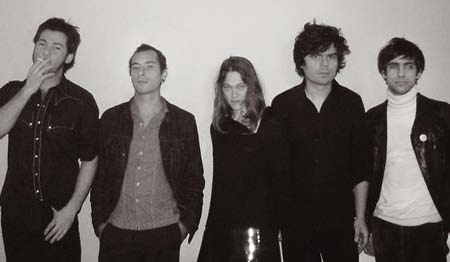