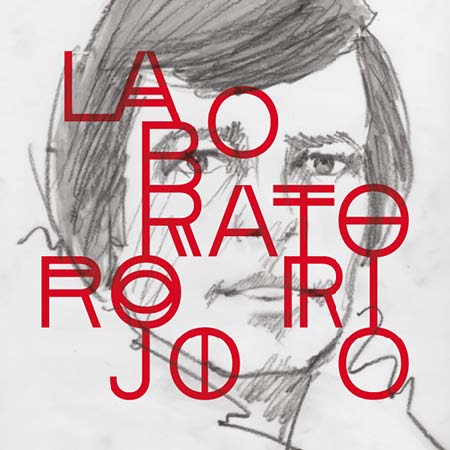 Mario Navarro (Santiago de Chile, 1970) is one of the most notorious contemporary artists, with a working trajectory in Chile over the last 20 years, and whose work extends into several different fields, often developing around the utopian political dreams of historical characters somehow forgotten or “failed”, which Mario’s perspective then uses as a critical standpoint. In his latest exhibition, Laboratorio Rojo, Mario explores the biography of Dean Reed, a second-rate singer/actor from the US who, starting in the 60s –trying to capitalize the little fame he had– moved to South America, where he slowly deepened his closeness with socialist ideas, started to criticize the US foreign policies, declared his admiration for figures such as Víctor Jara and devoted his time to a sort of political activism; then he moved to the USSR and then to the GDR, where he was finally found dead, in a mysterious drowning accident in a Berlin lake in 1986. The two tracks on this 7″ are based on two songs originally recorded by Reed while living in Chile, “recovered” by Mario’s investigation and remixed in collaboration with fellow artist/musician Rodrigo Araya (a.k.a. Montaña Extendida). On side A, A Pair of Scissors (Remix), the rhythm-based electronic treatment and assorted sounds provided by Montaña Extendida interlace with Mario’s guitar to produce a mid-tempo washed-off dub with a distorted voice reciting verses by Reed about loneliness, finally entering into quite a trippy progression where the rhythm gets faster, in more complex combinations, eventually including African strings; on side B, No Nos Moverán (Remix), a classic piece of South American resistance-folk has been deformed beyond recognition, turning it into a ghostly dance piece with heavy bass-drum, industrial choirs and sharp electric guitar. Published by HR in an edition of 100 copies.